The Fine Arts Center seeks to enhance the educational experience for our students by regularly bringing in visiting artists to our studios.  The FAC Partners provide financial support for all programs, allowing our Faculty to invite nationally and internationally recognized artists to our school. 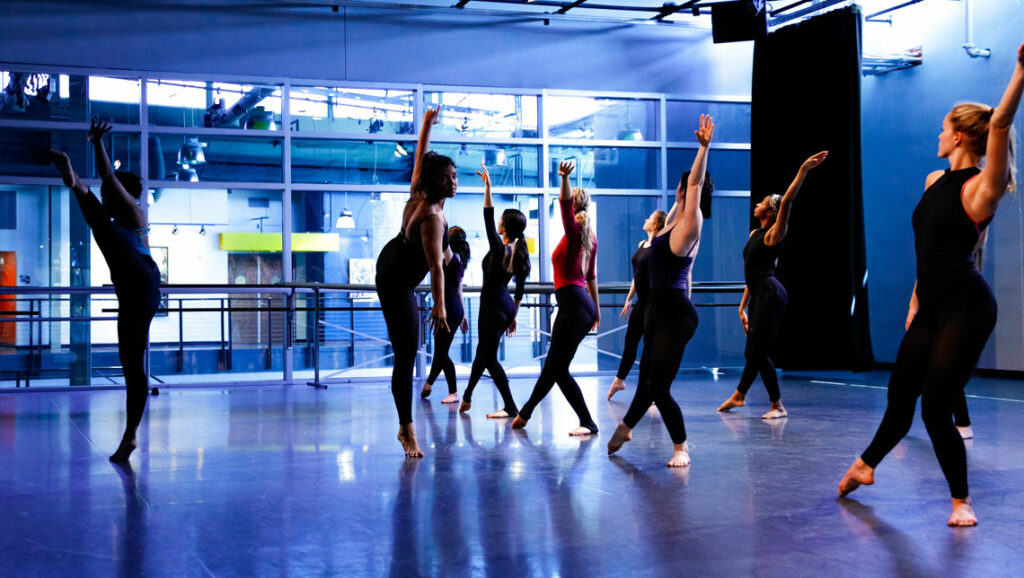 The Fine Arts Center Partners support this program by securing financial support to cover visiting artists and residencies, providing connections to artists for visitation to the FAC, and helping to publicize the visitations to the Greenville community.

Upcoming Visiting Artists to the FAC

Dance Artist in Residence and The Regions funding made possible by The Peace Center. 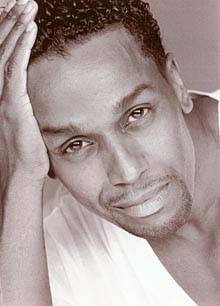 Christopher L. Huggins, a 2021 recipient of the John Simon Guggenheim Fellowship for Dance, is a choreographer, teacher, and former principal dancer of the Alvin Ailey American Dance Theatre. A native of Boston, Massachusetts, Mr.Huggins trained under Andrea Herbert Major, Danny Sloan, and Martha Gray. After attending SUNY Purchase, The Juilliard School, and a fellowship at The Ailey School, Mr. Huggins appeared as a guest artist with dance companies in the United States, the Oslo Dance Ensemble in Norway, and Aterballetto of Reggio Emilia, Italy.

He was the sole choreographer for the 50th Anniversary Opening Night Gala for the Alvin Ailey American Dance Theatre in 2008. Mr. Huggins has received awards from the Black Alliance Award in Chicago, a Silver Medal for the Seoul International Contemporary Dance Competition, the Critics Choice Award for his choreography of the musical “The Wiz” with Dallas Theatre, and a Service to the Field of Dance Award from the International Association of Blacks in Dance (IABD).

Assisting Christopher will be Tyrone Walker

Assisting Christopher will be Tyrone Walker. Tyrone is a graduate of Duke Ellington School of the Arts. Tyrone has received dance training from The Washington School of Ballet, School of Nashville Ballet, Giordano Dance Chicago, and The Ailey School under full scholarships. He is a former member of Nashville Ballet 2, Ailey II, Moveius Contemporary Ballet, and Dallas Black Dance Theatre.

He was on faculty at the School of Nashville Ballet, was the Ballet Master for Metropolitan Ballet Theatre, and director of the Metropolitan Ballet Ensemble. Tyrone has choreographed on the Houston Academy of Dance, Duke Ellington School of the Arts, The Ailey School, Dallas Black Dance Theatre II, Metropolitan Ballet Theatre & Ensemble, Moveius Contemporary Ballet, and Agora Dance. His theater credits include Father Panik Village: The Untold Story (Bridgeport, CT), a production of The Wiz (Dallas, TX) with Dallas Theater Center, Matilda (Tuacahn), Cinderella (Tuacahn), and The Prince of Egypt (Tuacahn).

Praised for their “intensity and bravado” and the “cohesion and intonation one might expect from an ensemble twice their age” (Third Coast Review), the Callisto Quartet brings together four dedicated and passionate musicians who share a love for chamber music and a true desire for excellence. Since their formation in 2016 at the Cleveland Institute of Music, the quartet has quickly garnered top prizes in nearly every major international chamber music competition and has been hailed by audiences across North America and Europe. Grand prize winners of the 2018 Fischoff National Chamber Music Competition and Second Prize Winners of the 2019 Banff International String Quartet Competition, the Callisto Quartet has also taken home prizes from the Bordeaux (2019), Melbourne (2018), and Wigmore Hall (2018) competitions. Currently serving as the Graduate String Quartet in Residence at the Shepherd School of Music at Rice University, they also study with Günter Pichler of the Alban Berg Quartet at the prestigious Escuela Superior de Música Reina Sofía in Madrid, Spain.

The quartet has participated and performed in many renowned chamber music festivals such as the La Jolla Music Society Summerfest, the Great Lakes Chamber Music Festival, the Emilia Romagna Festival, the Norfolk Chamber Music Festival, the McGill International String Quartet Academy, the Juilliard String Quartet Seminar, and the Robert Mann String Quartet Seminar. In 2018, at the invitation of Gerhard Schulz, they attended the Prussia Cove International Musicians Seminar where they also worked with Gidon Kremer and Thomas Adès. As part of their prize from the Wigmore Hall Competition, the quartet received an invitation to the Jeunesses Musicales International Chamber Music Campus in Weikersheim, Germany where they worked with Heime Müller, Donald Weilerstein, and the Cuarteto Casals.

Highlights of their recent performances include debuts in New York City and Chicago on the Schneider Concert Series and at Ravinia Festival, respectively, as well as at the Heidelberg String Quartet Festival. They were also featured in Carnegie’s Weill Recital Hall in July 2019 as Grand Prize winners of the 4th Manhattan International Music Competition Chamber Music Division. Notable collaborations include appearances with cellist David Geringas at the Cleveland Cello Society’s 20th anniversary concert as well as a collaboration with clarinetist Frank Cohen on the ChamberFest Cleveland Series. Over the past two seasons at the Great Lakes Chamber Music Festival they have collaborated with Paul Watkins, Lawrence Power, Gilles Vonsattel, and John Novacek.

The Callisto Quartet is committed to continually broadening their musical horizons by drawing inspiration from a plethora of mentors and musical approaches. They also believe strongly in passing along their musical insights to younger students and sharing their music in their communities. To this end they have served as faculty and given masterclasses at numerous schools and festivals including the Bravo International Chamber Music Workshop, University of Central Florida, Midwest Young Artists Conservatory, the Greenville Fine Arts Center, and the CIM Preparatory Division. They frequently perform in schools, retirement homes, and other community centers, and are featured as an ensemble in residence at the Carolina Music Museum in Greenville, SC.

Local musician and Peace Center friend Steve Watson is returning to the Genevieve’s stage this month with a brand new project. Like many others, the Fine Arts Center jazz instructor took the last year to reconnect with people near and far. The outcome? The Regions, a new group formed by old friends and classmates (all are University of Miami Frost Music School graduates). Their first release features original compositions from Ron Miller, Professor Emeritus of Jazz Studies at University of Miami, in a reimagined format. Don’t miss this evening of new arrangements, musicianship, creativity and groove with The Regions, who will be joined by Vee Popat (another UM graduate)!

This performance is part of the Peace Center’s partnership with the Fine Arts Center. Prior to the show, The Regions will participate in a weeklong residency at the school, providing instruction and mentorship to students.

Made with ❤ by Arbé Digital